“The greatest gift that you can give to others and to yourself is time. Embrace the gift of time, whether you give it or receive it.” - Philip Zimbardo
Student of the Week
Congratulations to our Canton ISD Student of the Week, 11th grader Lexi McGinnes. Lexi is the daughter of Brad and Staci McGinnes. Lexi’s favorite class is Yearbook and she hopes to become an Autism Specialist. Lexi is involved in Interact Club, Leo Club, Eagle Impact, Choir, Leadership, Tennis, and Cheer.
Outside of school Lexi enjoys spending time with friends, her church, and playing tennis. Mr. Rhoten says” Lexi is an outstanding individual. She consistently finds ways to help others and always brings energy with a smile. We are proud of Lexi and all she does to make CHS a better place”. Congratulations Lexi!
District
Prior to the Thanksgiving break the varsity Eagles and Eaglettes basketball teams captured victories over Grand Saline and Carthage respectively. Our freshman and JV Eaglettes, as well as our freshman Eagles, secured wins as well. Our 7B, 7A, 8B, and 8A  JH Eaglettes all had wins over Athens. On the boys' side, the 7A, 7B, and 8A all had wins over Athens.
The Eaglettes recently went 3-1 in the Macy Chenevert Tournament, while the Eagles completed a three-game sweep over Eustace. The Eaglettes then defeated Paris and Marshall, while the Eagles took down Kaufman and Farmersville.
The CHS Esports chess team was in action as Matthew Bartley went head-to-head with our very own Gavin Cervantes. A hard-fought battle ensued and Mathew came out with the victory. Clayton Suddeth had a 2 - 0 win against Norwin School District from North Huntingdon, Pennsylvania. Clayton moves up in ranking to 57th place out of more than 600 students.
Upcoming
November 28- JH Boys Basketball at Grace Community
November 29- Boys Basketball vs. Community; Girls Basketball at Saltillo
December 1- FFA Dinner/Auction (Doors Open at 5:30); Girls Basketball at Winnsboro Tournament; Boys Basketball at Athens Tournament
December 2- Girls Basketball at Winnsboro Tournament; Boys Basketball at Athens Tournament
December 3- Girls Basketball at Winnsboro Tournament; Boys Basketball at Athens Tournament
Have a wonderful week!
Go Eagles & Eaglettes!
Brian Nichols
Superintendent
Read more Superintendent's Message 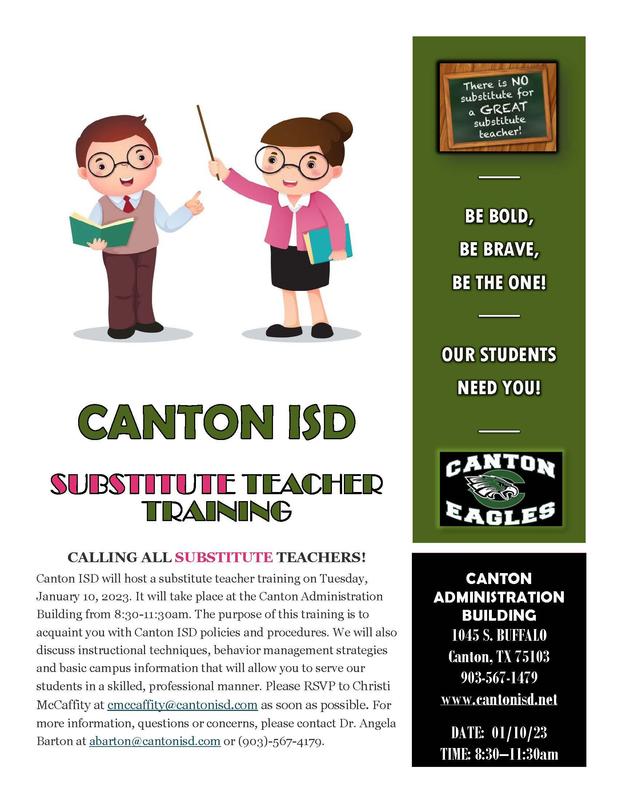 There will be mandatory substitute teacher training for New to the District Substitute Teachers that have been hired since the beginning of the 2022-23 school year. 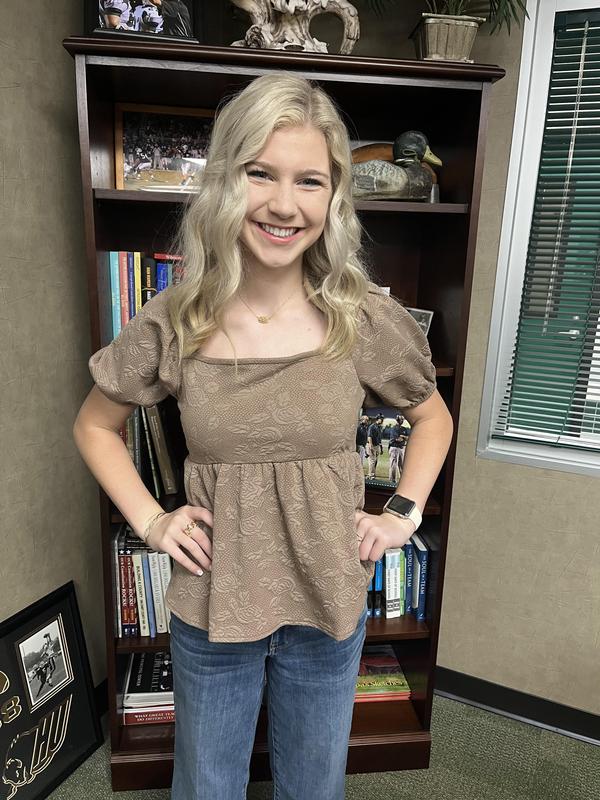 STUDENT OF THE WEEK 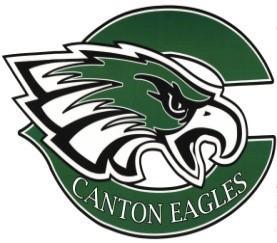 Canton ISD is continuing to monitor COVID-19 as a district and has developed a Safe Return to In-Person Instruction & Continuing of Service Plan.
The American Rescue Plan (ARP) signed into law in March 2021 by President Joe Biden included $122 billion in Elementary and Secondary School Emergency Relief (ESSER) funds for school districts across the country. Canton ISD was awarded these funds.
The purpose of ESSER, in general, is to award subgrants to local educational agencies (LEAs) such as Canton ISD to address the impact that COVID-19 has had, and continues to have, on elementary and secondary schools. 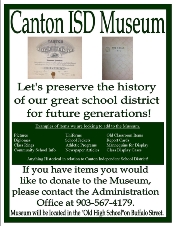 Canton ISD is excited to announce the opening of the Canton ISD Museum in 2015. The Museum will consist of school memorabilia from years past to present. Location will be in the "Old High School" located at 1045 S. Buffalo. 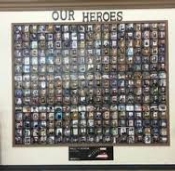 Canton ISD will display a "Military Honor Wall" within the new Canton ISD Museum. If you or a loved one attended Canton High School and served or are currently serving in the military, we will proudly display your photograph.
Show All News

Regular School Board of Trustee Meeting