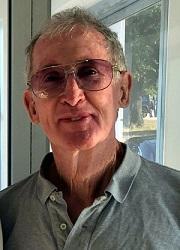 Henry Clint Lewis passed away the afternoon of April 13, 2020 in his beloved town of Canton, Texas. Henry always had an exceptional interest in the schools of Canton, and in 1974, he was elected to the Canton Independent School District Board of Trustees. During his term on the Canton ISD Board, the new Canton High School building project was planned, designed, financed, and completed. He culminated his tenure on the board by serving two years as president. Not only did he love the CISD, but he loved the game of basketball and would play every Sunday and Wednesday evening after church with the local kids. A public memorial service will be held at a later date, at which time, flowers may be sent. The Henry Lewis Scholarship Fund has been established in his honor. If you would like to contribute please access the link in this post.
https://ticketracker.com/store/category?schoolId=1878&catalogCategoryId=12558